Home » Does Sick Pay do What it’s Supposed to do? The Case For and Against 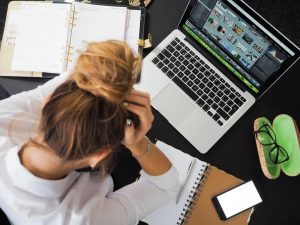 Studies show sick pay can reduce the spread of disease in the workplace, but also increase absenteeism.

Sick leave allows employees to take a set amount of paid time off when they’re ill. It’s a coveted employee benefit, but some observers wonder if it encourages absenteeism, while others believe illnesses such as flu and colds would spread faster without it.

The amount of sick pay an employee can earn varies from company to company. According to the Bureau of Labor Statistics, a majority of employers offer one hour of sick pay for every 30 to 40 hours an employee works — an average of seven to eight days of sick pay per year.

Sick pay policies often are mandated and more generous in other countries. In 1883, Germany became the first country to mandate paid leave. According to a Statistisches Bundesamt report (the federal statistical office of Germany), German employers typically offer employees 10.8 sick days each year.

In comparison, Canada, Japan and the United States are the only industrialized countries that do not provide paid sick leave to all employees. A report by Philip Susser and Nicolas Ziebarth in 2016 showed that low-income, part-time, and service sector workers had coverage rates of less than 20 percent. Some cities, such as San Francisco, now are mandating sick pay.

While few employees would argue against being paid for days when they are ill and cannot work, the big question is whether sick pay does what it’s designed to do and is worth employers’ resources.

The Case for Sick Leave

Employees who know they will get paid, even though they take time off from work for a day or more to recuperate, are more likely to stay home. But employees who don’t have paid time off often work while ill in order to continue getting a paycheck, possibly spreading infection to other employees and customers. Therefore, sick leave plays a big part in stopping the spread of disease.

Besides the potential of sharing infectious diseases, sick employees often are less productive and take more time to recover.

Stefan Pichler and Nicolas Robert Ziebarth published a report in 2018 showing that during flu season sick pay mandates reduced the flu rate as much as 40 percent.

Many employers view paid sick leave as a necessary benefit to keep and attract a skilled workforce. That’s especially true this year for retail establishments. Federal labor statistics indicate that there are 100,000 more retail job openings this year than last. The Business Insider attributes the shortage to a low unemployment rate and many workers’ interest in full-time, not part-time, jobs. Employers like Target, JC Penny, Kohl’s and Macy’s were particularly worried about this holiday season and ramped up recruitment efforts. According to the outplacement firm Challenger, Gray and Christmas, Target was looking to hire 120,000 part-time workers for the holidays.

The Wall Street Journal reported that employers seeking seasonal help were adding paid time off as a perk for part-time employees — something they hadn’t done before — hoping to attract more employees.

Another benefit of sick leave pay is it makes it easier for low-wage, hourly employees to take care of sick family members without fear of losing wages. It also puts lower wage and higher wage employees on the same footing, reducing inequalities between the two groups.

The Case Against Sick Leave

There are concerns that some employees view paid sick leave as vacation days and will call out frequently without notice. A Statistisches Bundesamt report released in 2018 showed that back pain was one of the most common reasons that workers in Germany called in sick. In 1996, when Germany enacted a bill to reduce sick pay from 100 percent to 80 percent of wages, the number of sick days was reduced. In particular, absences due to back pain decreased by almost 30 percent. On the flip side, more employees came to work sick.

When an hourly employee takes paid sick leave, employers often pay another employee to cover the employee’s job duties — an expense that can add up since an employer is paying double for the same amount of work.

The Case for and Against an Alternative

Paid time off (PTO), also known as personal time off, is becoming a popular alternative to sick leave. Many companies have replaced sick leave, vacation days and personal days with a PTO plan. Employees earn days off after working a certain number of days and can use the time any way they like.

While many employees currently earn 10 paid holidays, two personal days, and eight sick leave days annually (not including vacation days) they typically would get 30 days paid time off under a PTO plan

This plan works great for employees who are healthy since they rarely use all of their sick days. Instead, they get extra vacation time.

PTO has some downsides for employers. The plan gives employees more sick days, which means they could be away from work more often without notice. Also, some employees who want to keep all of their “vacation days” could come into work sick in order to use their paid days off later.

PTO plans work best for companies with the flexibility to easily manage when employees call out. Employers must stress the importance of requesting approval for days that are actual personal days or vacation days.

For help deciding which PTO plan will work best for you please contact us.

Latest News/Insights IRS Releases 2021 HSA Contribution Limits and HDHP Deductible and Out-of-Pocket Limits May 28, 2020 In Rev. Proc. 2020-32, the IRS released the inflation adjusted amounts for 2020 relevant to HSAs and high deductible health plans (HDHPs).  The table below summarizes those adjustments and other Read More »
Next Event 10 June Affordable Care Act Update: What’s New with the ACA? 11:00 am CDT In this informative webinar Stacy H. Barrow, Esq., BAN’s Director of Compliance, discusses the current state of the Affordable Care Act, including top compliance issues in 2020, new legal and re Register »
Top