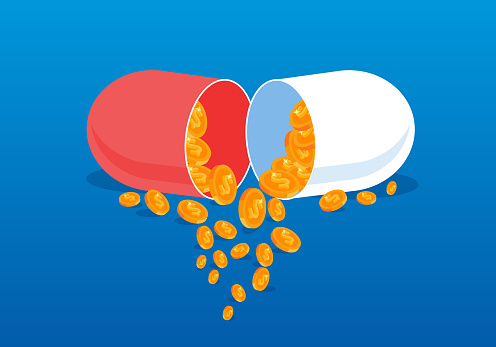 When available, generic drug substitutes generally save about 30 percent.

Generic medications have been hailed as a great way to save money on prescriptions and control escalating health insurance premiums. Generics usually cost substantially less than name-brand drugs, but be aware that generics aren’t immune to excessive price hikes.

Fortunately, the more you know about brand name drugs and generics, the more control you have over health care benefit costs.

Generic drugs are similar to prescription drugs since they contain the same active ingredients at the same strength and purity as brand-name counterparts but at a reduced cost.

Generic drugs generally cost about 30 percent less than brand names. Recently, a dose of the antidepressant Prozac costs up to $185 a month. Its generic equivalent runs as little as $24.

And, some generics don’t work exactly the same as name brands because blood levels vary.

Drug companies claim higher prices pay for the research, development, testing and marketing of drugs. There seems to be no apparent ceiling on how high prices can go. Humira, used to treat rheumatoid arthritis, cost one employer $31,993 per person.

Other reasons for high drug costs:

•    Competition in the specialty medication market can drive costs up as companies increase the price of older therapies to match the price of new ones.

•    To protect their investment, companies file for patents on new drugs to have exclusive manufacturing rights. Other manufacturers can then apply to the U.S. Food and Drug Administration (FDA) to make a generic version. Because these companies don’t have to pay for research, they can sell the generic at a price closer to the manufacturing cost. While patents keep competitors at bay until the patent expires, some companies have found ways to expand the patent. AbbVie, manufacturer of Humira, added about 70 new patents on the drug that could keep biosimilars away until 2022 – even though the first patent expired in 2016.

According to Berkeley Wellness of the University of California, generic drugs account for more than 85 percent of U.S. prescriptions, compared to 57 percent in 2004. The popularity of generics clearly stems from the higher prices of prescription drugs.

After a patent expires, a single generic drug manufacturer gets exclusive marketing rights, usually for six months. But when that period ends, other generic makers can make the drug and the resulting competition drops the price 80 or 90 percent or more.

The FDA has been under pressure to approve more generic drugs, but many generic prices are already so low, generic drugmakers are concerned increased competition could be a threat to their business.

According to the Government Accountability Office, more than 300 drugs recently had at least one price increase of 100 percent or more. The New England Journal of Medicine reports that one manufacturer raised a generic price 2,800 percent.

Some drugs are harder to manufacture than others. Humira, for instance, falls in the class of drugs called biologics. These specialty drugs are manufactured from a living organism and are difficult to replicate. The Federal Drug Administration refers to the generic versions of the drugs as “biosimilars.” Pharmaceutical companies creating biosimilars must prove their products create the same effects as the drug they replicate, requiring the companies to fund case studies and tests with patients, increasing the cost.

Another reason for high costs is that some generic manufactures that lack competition can price their drugs at the same level of the branded drug.

Not all pharmacies charge the same price for generics. A reporter for Detroit’s WXYZ-TV compared the retail prices of several generic drugs at more than 20 local pharmacies and found that prices for one medication varied from $10.99 to $97.99.

Drug discount cards also can reduce costs, but the savings depend on the card.

Ways for Employers and Employees to Save Money

Many experts agree that the key to lowering pharmaceutical costs is to educate your employees. They should seek second opinions and ensure they are diagnosed properly for chronic conditions and that their doctor prescribes the appropriate medication and dose. Of course, employees should request generic drugs when appropriate and should compare prices at different pharmacies.

Employees can not only save money by purchasing generics, but their insurance premiums are generally lower when overall health plan costs for the group were kept down the preceding year.

Please contact us if you have other questions about generics.

Latest News/Insights IRS Releases 2021 HSA Contribution Limits and HDHP Deductible and Out-of-Pocket Limits May 28, 2020 In Rev. Proc. 2020-32, the IRS released the inflation adjusted amounts for 2020 relevant to HSAs and high deductible health plans (HDHPs).  The table below summarizes those adjustments and other Read More »
Next Event 10 June Affordable Care Act Update: What’s New with the ACA? 11:00 am CDT In this informative webinar Stacy H. Barrow, Esq., BAN’s Director of Compliance, discusses the current state of the Affordable Care Act, including top compliance issues in 2020, new legal and re Register »
Top